Born and raised near Kobe, Japanese-French jazz percussionist Akiko Horii was never afraid of bold moves growing up: after leaving her native Japan alone at the age of fifteen to attend high school on Long Island (NY), she made a radical shift from studying classical piano to devoting herself to West African music and dance in college (CalArts), with a particular focus on the djembe and Ewe drumming from Ghana. She later spent several months in Ivory Coast, Guinea, and Mali, learning from masters and performing for local ceremonies.

Her deep sense of rhythm and graceful abstractions notably brought her into the spotlight with several performances on Congahead. In addition to displaying an impressive array of intricate grooves on the three albums she produced with AfuriKo (African infused jazz duo co-led with pianist/keyboardist Jim Funnell), Akiko’s skilful arrangements and original compositions are showcased on her own percussion group’s eponymous release Les Elles du Tambour (2012). The band played throughout France, including appearances at Art Rock Festival and at the Studio de l’Ermitage opening for Ethio-jazz unit Akalé Wubé.

Akiko Horii at All About Jazz 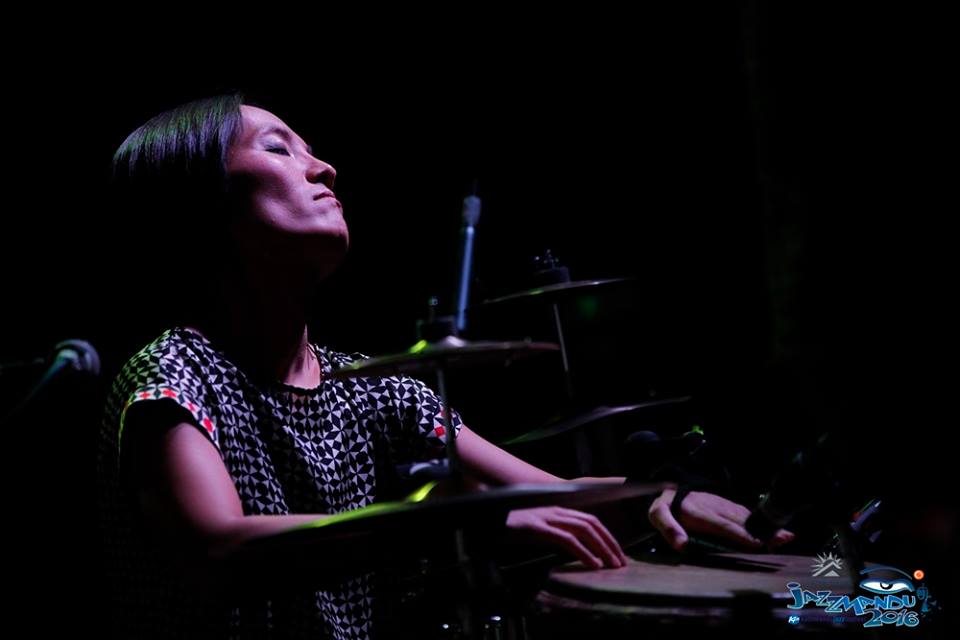